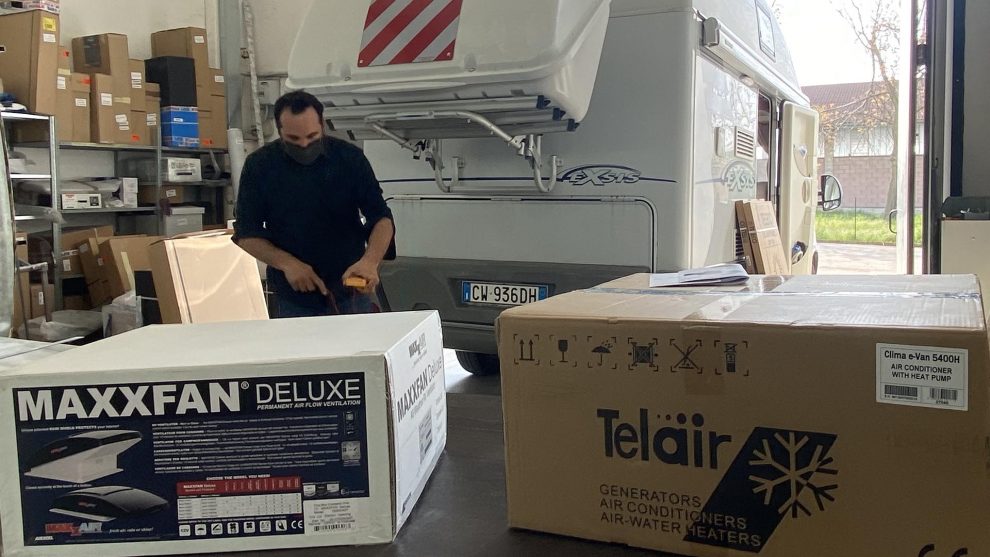 May 16, 2021 – It took almost three days of work to complete the first part of Falkor‘s facelift, the Hymer Exsis which has been our home for almost two years. We passed them in Santorso, in the workshops of the artisan manufacturer Gulliver’s, renowned for its products with fiberglass monocoque. It took a long time to install a series of technical equipment that we decided to adopt to improve comfort on board, but above all for a delicate roof reconstruction intervention necessary to make room for the new accessories.

As soon as possible, a second phase will be added to this first step in which we will retouch some of the interior furnishings. But in the meantime, let’s see how this first part went!

The interventions were all concentrated in the areas of energy and air conditioning. Here’s what we installed:

Everything has been designed to optimize the space available on our vehicle and the “difficult” part (at least for us, from an emotional point of view) was the installation of air conditioning and skyroof. Having an opening of 80 by 50 centimeters that housed a huge opening skyroof marked Hymer, there was no way to install an air conditioner in the remaining space. So, the decision was to give up the maxi-skyroof to make room for the climate and a more standard size system: 40 by 40 centimeters.

An intervention of this kind could not be carried out by any workshop, and for this reason we turned to those who really understand these materials. In Gulliver’s they dismantled the existing skyroof and then literally plugged the remaining hole. To do this, they took a piece of their precious monocoque, obtained from the cut of a window of one of the vehicles being produced, shaped it according to need and then fixed it with resin. In the end, the roof was like it never had a hole! From there, the two holes necessary for the positioning of the air conditioning and skyroof were drilled again. Witnessing the whole operation was truly fascinating!

For the finishes, a white adhesive PVC film was applied externally, while a molded plywood panel was created on the inside and then coated with a film of the same color as our interiors. The result is aesthetically very good.

For the air conditioning part, we have hesitated for a long time, partly due to installation difficulties, partly evaluating the alternatives to be installed in the bench and partly trying to understand if an evaporative cooler could have been right for us. In the end, we thought that when we need an air conditioner it is because it is so hot that for our preferences it is necessary to lower the air temperature and not just seek the relief guaranteed by the evaporative systems. The Telair clima e-Van convinced us for its small size, for the presence of the heat pump which can be useful in winter and for the design of the internal diffusion system. As for its effectiveness we have to wait for the heat to arrive!

While waiting for the temperatures to rise, we use the support of the Maxxfan Deluxe, a very special skyroof: it is not limited to having a fan, but is also equipped with a motorized dome that can be kept open both in case of rain and when traveling. A temperature sensor automatically activates the system to extract hot air from the passenger compartment and stop it when the internal degrees return below the preset level. All manageable with a practical remote control. The internal frame, sold separately, in our case also has a system of LED lights that replace those installed in the previous maxi-skyroof.

But let’s see the energy part. Falkor was equipped with two lead-acid AGM batteries of 100Ah each, both positioned in the bench of the semi-dinette. In their place we have installed a single 100Ah lithium-iron phosphate (LiFePO4) battery. Given the costs of these batteries, we first preferred to evaluate if a second device is really necessary. The starting point, in fact, is that while lead-acid batteries must be discharged only partially in order not to compromise their useful life, lithium ones can be exploited to the maximum. To be clear, of the 200Ah available before it was possible to use without risk only a hundred, while the 100Ah lithium can be exploited almost completely. We now have about 95 available.

Another advantage of the LiFePO4 battery is that it can deliver and accept very high currents, and the first obvious plus is that it can be recharged quickly. Even in the case of “heavy” loads, such as hairdryers, coffee machines or air conditioners, there are no problems, even if here what makes the difference is the amount of energy available: everything that consumes so much must be used sparingly, under penalty of rapid depletion of energy. To be clear, we do not even try to use the products mentioned, hairdryer and climate, without being connected to the 220V network. For the coffee machine we could make an exception, but by now we are passionate about the aromas of moka…

It must also be taken into account that lithium batteries weigh about a third of AGM. We have removed two accumulators of 30 kilograms each to install one that weighs 11.5 kilos! In addition, and not secondary, LiFePO4 systems are not unstable like the lithium-ion ones used in computers, smartphones and electric vehicles: they do not run the risk of fire or explosion.

The lithium battery requires some attention during installation. In particular, to perform at its best, you need a charger that optimizes the charging cycle and therefore the compatibility of the device installed on your camper must be checked. Then, to make sure to take full advantage of the alternator charge, it is necessary to provide for the installation of a DC/DC converter (which takes the maximum of the energy available at that moment to transfer it to the battery) and an adaptation of the cables to avoid overheating and related problems.

We have decided to wait. The battery installed “as it is”, simply by putting it in place of the existing ones, works anyway. It cannot reach the maximum charge and cannot be charged quickly via alternator, because it still switches from the existing charger and its basic settings. The situation is temporary: soon we should get hold of a multicharger optimized for lithium batteries, which includes 220V charger, DC/DC converter (for which we will also adapt the cables coming from the alternator) and MPPT solar regulator. The latter significantly improves (up to 20%) the performance of the photovoltaic system.

This brings us to the second part of the electrical system: the solar panels. The roof of our Falkor is special: from the middle of the vehicle forward, it is curved. A beautiful solution to look at and excellent for aerodynamics, but unfortunately unsuitable for the installation of rigid panels. Some first-generation Exsis owners have mounted them, but they had to limit themselves to small modules (mounting numerous of them) with a truly questionable aesthetic impact.

We have decided to accept a compromise: use flexible glued panels knowing that when it is very hot they will heat up, their performance will suffer and their useful life will probably be shorter. Is this an ideal solution? Certainly not, but coming from a situation where there were no panels, it is certainly an improvement.

Someone has hypothesized that excessive heating of the fiberglass surface can damage it, causing micro-cracks potentially causing infiltrations. This danger has been excluded by those who make fiberglass from scratch, producing top-level motorhomes. So, no worries! And if the panels last a few years shorter, we will make a decision and replace them in due course. While waiting to be able to install the multicharger with MPPT technology we are using a traditional PWM regulator.

The work to install all these components was important, but they are nothing compared to what awaits us in the near future: additional wall units, new dinette table, renovated kitchen top, drawers in the benches and restyling of the bathroom are the main things we have in mind and which will probably require Falkor’s “stop” of a few weeks. These are all interventions that we have decided to carry out because a unique motorhome like our Exsis is really difficult to replace. And so it will remain our home for a long time to come. 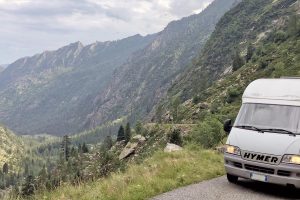 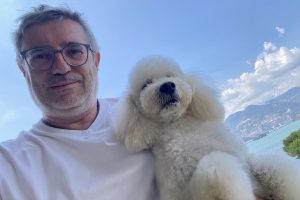 Dear colleagues of “Il Resto del Carlino”, outdoor tourism asks you for a little respect
Seimetri.it starts a collaboration with Thetford to try out the toilet products in the field