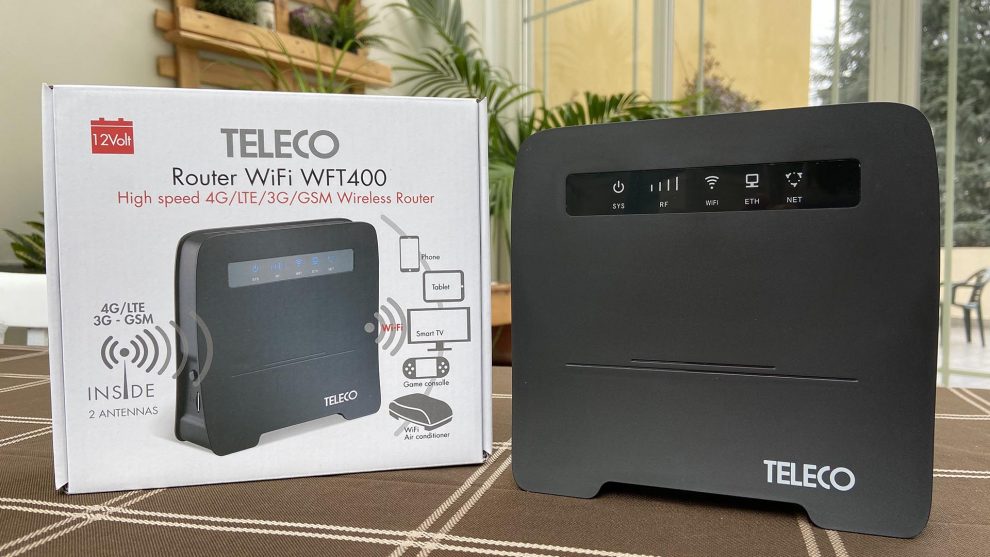 March 31, 2021 – Connecting to the Internet when traveling is not difficult: there is no shortage of simple and low-cost solutions. However, when connection reliability, convenience and the need to use multiple devices at the same time are important elements, there is nothing better than having a dedicated router, just like at home.

For occasional use, the phone hotspot is the most immediate solution, but depending on the smartphone used, some inconveniences may occur. The first is that battery life can drop dramatically; the second that browsing speed may be limited by phone technology; the third is that the number of devices that can be connected to it is limited; the fourth that often when you disconnect from the network, perhaps because the device we use has gone into standby, you have to re-enable the connection from the phone.

The second method is to use a “soap”, one of those devices proposed by telephone companies that require a dedicated SIM and that run on battery. Just turn them on and they create a Wi-Fi network that you can connect to to surf. Here there are two main limits: the number of connected devices at the same time, which is sometimes limited to a few units, and the battery, which must be recharged regularly so as not to suddenly remain without a connection.

Those who use the Internet a little more often and who may also rely on it to be able to work remotely, however, have a third solution, which we absolutely recommend for several reasons: that of a 12 Volt powered 4G router. The real advantage of this solution can be summed up in a single fundamental concept: the Internet exactly like at home. Let’s see why.

We installed the Teleco Group WFT400 WiFi Router, a product that has proved to be ideal in everyday life and which is offered for just over €120: a modest investment compared to the benefits it brings. The product is not very small, but compared to those normally used at home it has a vertical development, which facilitates its positioning in the camper by limiting the overall dimensions. The package includes both the 230 to 12 Volt transformer and a simple cable that allows it to be connected directly to the electrical system of the motorhome or caravan.

The connections are located on the back of the device: the electrical connector, an Ethernet port and a USB. In the upper part, a door conceals the possibility of using an external antenna, in case you need to improve reception. On one of the sides there are instead the switch on and off button and the slot for the telephone SIM, in “micro” format (the intermediate one between the traditional cut and the tiny “nano” used for example in the iPhone). On the other hand, there is a button for automatic connection of devices without a password (WPS) and the hole for restoring the factory settings which is the insurance to overcome any problems (which we have never had). Finally, on the front, five blue indicators, well illustrated by self-explanatory icons, indicate the operating status of the device.

The instructions also in Italian

The Teleco router is accompanied by a paper manual, also in Italian, which clearly explains how to use it. The only thing we could expect more is a fixing system of some kind, since the shape (with the base wider than the top) and the connections on the back do not help to find an “easy” solution. To fix it on a shelf, we resorted to sturdy adhesive velcro which performs its task well.

But perhaps this is the only “little sin” we found in the product. We have installed the device at a very high point, just under the roof, obtaining excellent results in terms of reception. Hidden inside are two antennas that have proved to be more sensitive than those of our phones (an Apple and a Motorola), so we never felt the need to have an external antenna. It must be said that we are also equipped with the PhoneBoosterVan 2.0 signal amplifier, which we have already mentioned several times, which in the event of a weak signal should help us much more than any additional antenna. Unfortunately, the lockdown of these difficult months has not yet allowed us to adequately test this solution, having always remained in areas with good cellular coverage. We hope that the arrival of spring will allow us to put everything “under stress” so that we can give you more correct feedback.

Returning to the router, it should be noted that the start-up phase – from when you press the power button to when the device is ready for use – only takes about 30 seconds. Once the devices we need are started and connected (in our case two smartphones, two computers, two tablets, two smartwatches and a Kindle) the system becomes “transparent” and just like at home, just turn on the one we want to use to see it automatically connected to the Wi-Fi network, and consequently to the Internet via the cellular connection.

We did a lot of tests and they all satisfied us in full. The first, for example, is that on the data transfer speed, which being a variable element (depending on the position, the crowding of the cell to which it is connected and even – in part – of temperature and humidity) we repeated more and more many times. With the result that compared to our smartphones we found a very similar download speed, but an almost double upload speed. This means that if we have to send documents to someone or backup or synchronize with some cloud service (such as Apple iCloud, Google Drive, Microsoft OneDrive, Dropbox or more simply the photo management services) with the router we will take much less time.

A second positive element is that, compared to a smartphone, the stability of reception is completely different, much higher. Did you know, for example, that depending on the position – horizontal, vertical, between the hands, with the fingers on the frames or not – the signal quality of a telephone varies a lot? The antennas located on the edges of the device are in fact influenced by many factors and even just moving the phone from one place to another inside the motorhome can mean a huge reduction in performance.

The third aspect that impressed us is the range of the router in the open field. Among the tests we performed there was also that of getting out of the vehicle with our computers and seeing how far we could work. Well, in an area where the 4G/LTE signal was at a good level, we were able to move away up to 40 meters, maintaining a download speed of over 10 megabits in both download and upload. This means having maximum freedom even when you are on a pitch or in the middle of nature.

It is managed via the web

To manage the router, Teleco has provided a web interface, which allows you to monitor the operation of the networks, calculate the amount of data exchanged and set all security parameters. Among other things, the WFT400 incorporates a firewall, a filter that can operate on MAC Address or IP addresses, the Port Forwarding function and the ability to indicate a DMZ device. These are all technical aspects that for normal use you can very well ignore: basically, the router is turned on and works. As with any device of this kind, the only real precautions are to immediately reset the administrator’s credentials and choose passwords that are not too simple. The fact that you use the router while traveling and intermittently puts you intrinsically safe from possible intrusions.

As mentioned in the first part, unless it is connected to some other network connected device, this router requires a cellular SIM. There is no shortage of offers on the market, at more or less convenient prices and with more or less adequate performance. Our advice is to pay attention to the gigabytes included, because using a router like this, if you have active automatic synchronization services, data consumption runs fast. The second warning is to pay attention to any limitations on the maximum speed imposed by the operator (whose terms are often hidden in the midst of a thousand contractual clauses). Since we have been living in a motorhome, we have changed operators several times, with the double aim of pursuing more convenient proposals and having different operators. The main SIM inserted in the Teleco router is from Wind Tre: it is a business subscription (because we have a VAT number) named Infinito, which for less than €16 per month offers us unlimited gigabytes, 20 of which can be used in the countries of the European Union.

A consumption not exaggerated

A word must also be spent on electricity consumption. Teleco declares “less than 12 Watts” in operating conditions, which means that in a 12 Volt system not even 1 ampere is consumed every hour. It is not an exaggeration, but in order not to waste energy when we are free parking at night it is better to turn off the router.

On the other hand, its versatility is interesting: the presence of a power supply for connection to the home electrical network makes it a perfect companion even for the holiday home and if here we are served by a fixed network connection without having a Wi-Fi router, it will be sufficient connecting the Teleco via an Ethernet cable to also have the wireless network available. In a large country house, instead, we could perhaps equip ourselves with a pair of Powerline systems (which transmit data on the electrical cables of the house and allow you to bring a network point to rooms that would otherwise not be reachable) and create a wireless network even in a different area of the house.

Compared to the latest technologies, such as 5G or wireless network management with sophisticated dual-frequency MIMO techniques, the WFT400 WiFi Router remains a step behind, but considering that the use of the device takes place mostly in areas with little crowds of networks do not miss them. Indeed, the balance reached between the technological component, performance and purchase price seems truly excellent. We could no longer do without it. 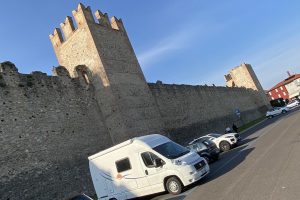 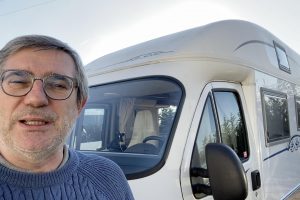 Major works on Falkor: many new features inside before “going back home”