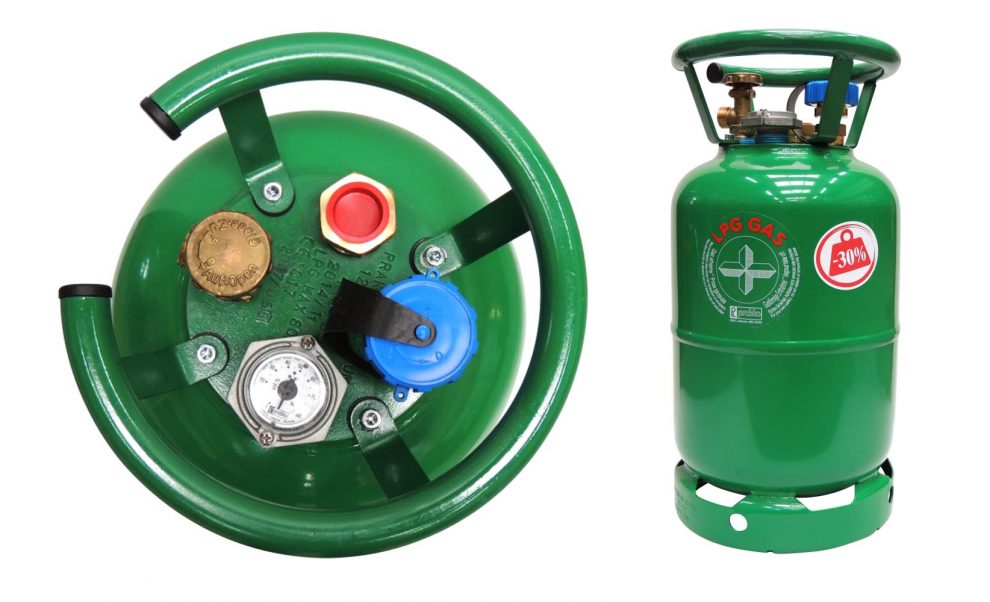 January 9, 2020 – A very “hot” topic in winter is that of heating! On our Falkor we currently rely on the gas Trumatic E 4000, served by a pair of 10 kg cylinders. Obviously, the thing we suffer most from is the need to change the cylinder often (these days with temperatures ranging from minus 2 at night to plus 5 during the day we consume one a week), in addition to the high cost of gas. Among other things, not having an automatic exchanger, we often find ourselves in the cold at night. There is no lack of alternatives, but at the moment the economic investment is holding us back a bit. After all, a cylinder a week, thanks to the insulation of our vehicle, is not even much.

Many think they can solve the problem of the gas cost and the availability of cylinders by refilling their own at street LPG distributors. Nothing more wrong! “Normal” gas cylinders, whether made of steel or composite materials, cannot and must not be refilled at service stations: this operation is extremely dangerous and sanctioned by law (with fines in the order of thousands of euros) because the liquid gas introduced into a tank, by vaporizing, tends to increase its volume and increase the internal pressure until it causes an explosion.

For this reason, normal cylinders are refilled only in special plants, filled up to 80 percent of their capacity. This operation can also be done from a practical point of view by “stopping” before the tank is full in a normal dispenser, but the risks are very high. We would never do that!

The fixed refillable tanks that have returned to be used on motorhomes starting from 2018 are “double chamber”: their interior is divided into two parts, of which only the first is filled when refueling, leaving the second to leave room for gas expansion without risk. To date, in Italy these tanks are produced by a single company, Icom di Cisterna di Latina, and their installation must be transcribed on the registration certificate.

For some time, however, there has been talk of “mobile tanks”, easily available on the net. It is a middle ground between the two systems described above and is made with the same criteria as the fixed tank, i.e. with a double internal chamber that allows the tank to be filled in safety conditions like the fixed tank. The most famous solution is that of Alugas, and something else is on the net, but the Prakto product has recently been officially distributed in Italy by GES International. What they all have in common is an international certification that allows them to be used safely.

The current Italian legislation, however, does not expressly provide for this type of products, and in the absence of clarity, the risk that a distributor refuses to refuel is always there: this is what happened with the fixed tanks before the 2018 legislation was approved. At the time there was even a circular from the distributors’ association asking its associates to refuse refueling, which had therefore become quite difficult. The situation at the moment, which however does not have sufficient numbers to make statistics, says that by presenting the homologation documents it is almost always possible to obtain the fill-up service.

One thing must be taken into account in general: the gas sold by the liter in the distributors does not correspond to the kilos contained by the cylinders. 1 kg of LPG in the liquid state at 15° corresponds to 1.94 liters, while 1 kg of LPG in the gaseous state at 15° corresponds to 0.502 liters. The conversion is therefore complex. When considering a tank of this kind, therefore, pay attention to the capacity.

Coming to the Prakto proposal, the cylinder is approved according to international regulations, is equipped with a double chamber and has a valve with a shock sensor that blocks the gas outlet in the event of an accident. From the point of view of safety, therefore, it respects all the indispensable criteria, unlike traditional cylinders, in order to be recharged at the service stations and used even on the move.

However, the Prakto cylinder can also be installed in a fixed manner, like a cylinder, in the cylinder locker, by mounting an external connection. In this case, at least on a theoretical level, it is possible to request a transcription in the vehicle registration document. The problem arises when the Italian offices of the Civil Motorization request the “clearance” from the vehicle manufacturer (we mean the bodybuilder and not the chassis manufacturer, Hymer and not Fiat to understand), which is often difficult (if not impossible, when the bodybuilder no longer exists) to obtain. Or when the Engineers of the Motorization, sometimes poorly prepared, refuse the transcription without delving into the subject. The best thing to do to avoid problems is therefore to try the fixed installation route.

Many argue that the gas delivered in the service stations would be “dirtier”. What is certain is that the percentage of oil is higher than that contained in LPG sold in cylinders: fuel for motor vehicles must in fact lubricate the moving parts of the engine. The Prakto cylinder (but also the others) must therefore be combined with an indispensable filter, the cost of which varies – depending on the brand – between €50 and €100. It is important to know this to avoid dirtying or damaging the motorhome devices: fridge, stove, stove, and boiler.

Finally, it should be borne in mind that the LPG loaded in service stations in lowland or sea areas contains a percentage of propane that is often lower than that of the cylinders. In the event of intense cold, therefore, it is necessary to be careful not to let the environment in which the cylinder is housed drop below zero Celsius degrees, because in this case the vaporization of the gas, or rather its “boiling” could stop and utilities would no longer be served.

Prakto’s product has a diameter of 300 millimeters (a little wider than a traditional steel cylinder, but a little narrower than a composite Beyfin) and a capacity of 26.3 liters. It is reasonable to assume that the equivalent, roughly, of 15 kilos can fit in such a tank, but not having tried it, you do not take this figure for sure.

The Prakto mobile tank has a suggested retail price of €420 (but around it is also much less) and must be integrated with the accessory kit (filler for fixed installation and especially international adapters, since it is supplied with the German and non-Italian attack) which costs about €150 (a considerable value compared to the total price). And to that must be added the filter.

In the end, we are talking about total figures of about €500/600, to which must be added the cost of the fixed installation for those who want to try to be 100% compliant. This is a value far below that for the installation of an approved fixed refillable tank (almost always more than a thousand euros), but still important. The final accounts must then be made on the basis of consumption and habits. The refillable cylinder (or rather the tank) is therefore an excellent solution, but like all it has its pros and cons, which each of us can evaluate according to our needs. In short, the best solution ever does not exist yet. 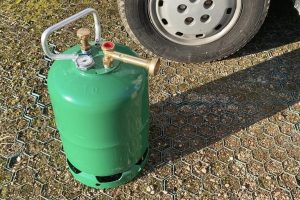 The die is cast, or rather the cylinder: thanks to GES International we will install a mobile LPG tank from the Belgian Prakto 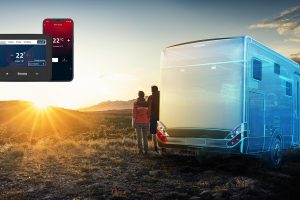 Motorhome Eura Mobil Integra Line 650 HS: like having a royal living room in just 6.5 meters
Challenger 180 and Chausson 520: when in six meters there is a real living room and a large bathroom with separate shower