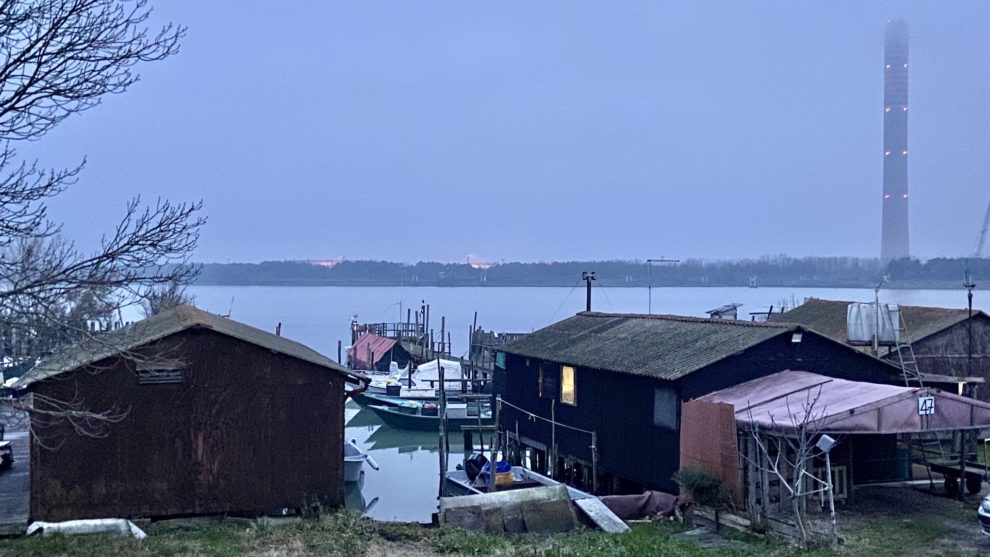 Land and water. Water and land that constantly chase each other in an endless plain. Or so it seems in this season. There are only two kind of roads: those drawn on the embankments, from which the surrounding landscape is “dominated”, and those that unravel alongside the embankment: a covered view on one side and a plain on the other. Ah… no: there are also those that cross the infinite plain! In all, an immense charm. These are roads to be traveled slowly, enjoying the landscape, and eyeing the most suitable points for a break.

The journey that I have decided to call “Un Po in a camper” (it’s an Italian word pun, since Po, the river name, is similar to po’, that means “a little bit”) begins here, at the mouth of the great Italian river. In a season that is perhaps not ideal, dominated (at the end of December 2022) by gloomy days, sometimes rainy, where the horizon merges with the sky. But among the various projects I had in mind, I could only start with this one and right here.

A seed that has taken root

It is in this regional park that at the end of 2019 Marilù and I planted the seed, which was then cultivated during the lockdown period. At the time we didn’t know whether to start from the source on Monviso, in Pian del Re, and then descend to the mouth or vice versa. The times would have been dictated by the season in which we would finally be able to leave: the road that reaches the point where the Po is born is in fact only open in the summer, from June 15.

Thus, having decided for December, the choice was forced. But also, the most symbolically correct: that seed has taken root here, and from there we start our journey of exploration. I use the plural because Yoda is an integral part of this strange little family made up of me, a poodle, and the Falkor van. With us there will certainly also be the spirit of Marilù, to accompany us gently.

A journey in stages and done slowly

Un po in camper wants to be a journey in stages, enjoyed slowly. This is not a journey that starts and ends without stopping, nor is it a vacation. It is more of an ideal, driven by the curiosity of learning about life along the banks, in an environment full of opportunities, but also as cruel as only nature can be. Where those who live there live on sacrifices and sweat, where every corner can hide a surprise. All far from the frenetic life that characterizes our big cities.

It is not a vacation, I said, and therefore it will be a journey “cut into pieces”: every time I have to return to Arese, where my dearest loved ones are, I will stop, ready to return to the point where I left off to return to follow the roads along the river. Strictly the ones closest to the watercourse: no motorways, few state roads, many local routes. All working. So, there will be only one small trip a day: a few kilometers, to change towns and move slowly towards Monviso. There is no scheduled time – it will end when it ends.

Where the Po flows into the Adriatic

The departure was today from Pila di Porto Tolle, at the point where the main mouth of the Po flows into the Adriatic. In reality, the Po della Pila is also divided into three (Busa di Tramontana, Busa Dritta and Busa di Scirocco), but in fact it is here that the great river flows into the sea. In the delta there are also the Po di Maistra, the Po delle Tolle (with the branches of Busa Bastimento and Bocca del Po delle Tolle), the Po di Gnocca (or della Donzella, also with a terminal bifurcation) and the Po di Goro.

And then there is the Po di Levante, which however is now hydraulically separated from the river and no longer receives its waters, transformed into a route suitable for navigation which connects the Adriatic Sea, the lakes of Mantua, Lake Garda and the river ports of the Canda basin and Torretta di Legnago. That’s why we’ll take there a little tour tomorrow. All of this is found within the Veneto Regional Park of the Po Delta, a unique natural environment of great charm. And for this reason, I will stop here in these first few days.

Pila di Porto Tolle (the latter inauspiciously famous for a large thermoelectric plant now abandoned and in whose place a tourist village will be created) is a small fraction of about 350 inhabitants whose economy is entirely based on fishing. Just the “village of fishermen”, located at the end of the paved road, is the most characteristic element. Pila does not have equipped areas, and also has a few parking lots, but along the road on the embankment there is no shortage of clearings where you can stop for a break. I slept here one night: in this season the road is very quiet, traveled only, especially in the early morning, by the “clam men”. After all, the whole area in winter is not particularly frequented by tourists. 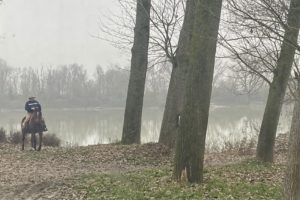 Un Po in camper, Day 5 – Papozze (RO) and the extraordinary meeting with Roberto 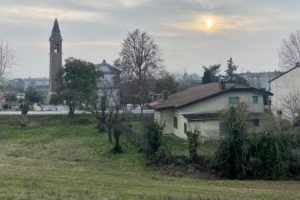 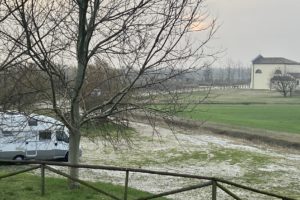 Un Po in camper, Day 2: Porto Levante di Porto Viro (RO)
The new “big” day has arrived: today I am back in possession of Falkor, but there is more sadness than joy…

Un Po in camper, Day 5 – Papozze (RO) and the extraordinary meeting with Roberto